It has been observed in different parts of the world that people tend to have special fondness for taller individuals. There are certain perks that come with being tall. These often make some willing to do just about anything to increase their height. 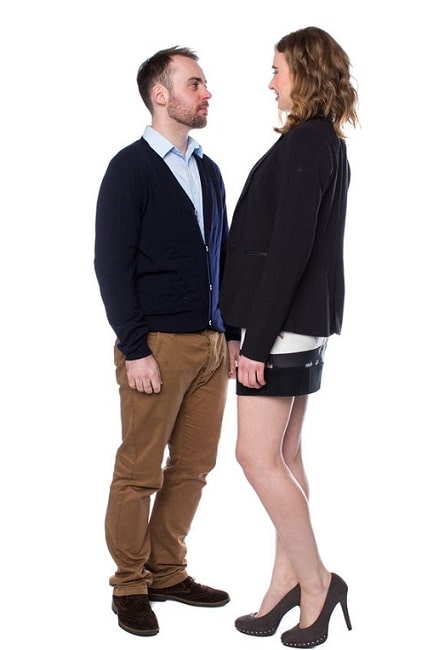 Some might not expect that preference for taller persons would extend to the corporate world. After all, what should matter most is your expertise, right? But it does all the same. Being tall may fetch you more money.

It is not just an empty claim that taller individuals get more opportunities and earn more. Research has confirmed this to a degree.

It was revealed in an analysis that being an extra inch taller adds roughly $800 to annual earnings, on average. That might look negligible, but it can add up to something more significant after many years of work.

Business Insider, working with findings from a 2004 study, reports that an individual that is 6 feet tall could earn almost $166,000 more than someone with a height of 5 feet 5 inches over a 30-year career.

Why Do Tall People Get Paid More?

With these observations, it makes you wonder what could be responsible for greater height fetching more income for some people.

Yes, there are people who equate being tall with smartness. That one probably surprised you a bit. But again, scientists back this idea.

Researchers at Princeton found that taller boys and girls did significantly better in tests that required them linking words to associated pictures as 3-year-olds. This led to the hypothesis that taller people are smarter.

Another angle to this has to do with the idea that such persons were better fed as children. As you may be aware, nutrition is a crucial factor when it comes to the height of a person. A child that is well fed has greater chance of growing taller.

A different way you can also look at this is that good nutrition enhances a person’s chance of being smarter. Scientists have observed that it improves both cognitive and non-cognitive skills of an individual.

The improvement in cognitive and non-cognitive skills in taller individuals, compared to shorter counterparts, have been compared to the difference seen between someone that grew up in a middle-class family and another from a lower-class family.

How many times have you seen social skills and emotional stability indicated as requirements – at least, indirectly – for a job? It has probably been more than a few times.

It turns out people who are tall get more jobs and more income because of this. They are assumed to possess better social skills and to be more emotionally stable.

On the social skills front, it is rather easily understandable. Many people are naturally attracted to taller individuals. They are more likely to be invited to take part in social activities. This boosts their self-confidence and helps them to find it easier to relate with others.

They are assumed to have had better treatment as children. This makes them more likely to be more emotionally stable and to perform better on the job.

They may be better professionals

Employers also seem to have a preference for taller employees and may be more willing to pay them higher wages because of the belief that they make better professionals.

Some research suggests that such persons have greater satisfaction with work than shorter individuals. They tend to be more upbeat and satisfied with life generally.

An analysis done using German government data found that an extra inch also makes a person more likely to be an employer than an employee.

People who are tall also make more money because they get considered more for leadership positions.

It’s something of human nature to think someone more worthy of leadership because they are tall. This trend has been observed since the ancient times. Such persons are thought to be stronger and able to command more respect.

Such beliefs seem to have found their way to modern times. Researchers report that most CEOs of Fortune 500 corporations are taller than average. Earlier research by NYU professor Enoch Burton Gowin showed that this preference even extended to religious circles.

Apart from preference for taller individuals, research also shows that these people are more likely to make themselves available for leadership positions.

What You Can Do to Increase Height

Seeing how being tall can increase your height, you might be interested in knowing what you can do to grow taller. Genetics determines up to 80 percent of your height and there is nothing you can do to alter that.

But there are several things you can do to influence the other determining factors. The efficacy of these interventions is lower among older individuals, though.

You can get help in expressing your full growth potential by maintaining good nutrition. Eat generally healthy foods, including fruits, vegetables, proteins and whole grains. Reduce sugar and fat intake.

Eat more of vitamin D-rich foods, such as egg yolk and tuna. These support bone growth. You may also consider taking it in supplement form.

It also helps to avoid inactive, sedentary lifestyle. Engage in exercises to build muscles and bones.

Practically anything that gets you moving can help. It might be swimming, biking, walking, weightlifting, pushups or even yoga. Using the stairs instead of an elevator will also help.

One of the ways exercise helps is by improving the production of growth hormone. This substance is useful for promoting growth and increasing height.

You can improve the HGH benefits you get from being active by also using Growth Factor Plus. This natural HGH releaser is designed specifically for individuals, 18 years or older, who wish to become taller.

It also helps to ensure you sleep for sufficient amount of time every day. This is a great way of increasing your HGH levels and improving your chances of becoming taller. It also helps your body to refresh and guard against health issues.

The right amount depends on your age. This reduces as people get older. The recommendation for most adults, specifically those younger than 65 years, is 7-9 hours.

You can also get help in expressing your full height by maintaining good posture. Exercise can also be helpful in achieving this.

How to Increase Height: 6 Factors (https://www.healthline.com/health/how-to-increase-height)